If you didn’t know, my name is Orion. It makes sense for the business name, but as my wife is really the face of the business, I’m the name. So when I got contacted to shoot someone else with my name, I was immediately excited about the opportunity. 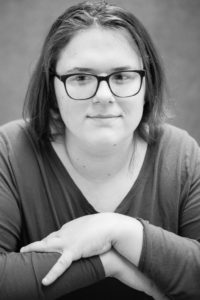 I’ve known of a few other people in the area and in the world of Facebook with the name Orion, I’ve never met another in person in real life. When I finally met Orion, I was surprised again to find out that she was a she! How rare is that!

Orion was a rather shy senior who was a pleasure to work with. We went down to Deepwood where we captured some nice photos among the trees, along the river and on the stairs. Like a majority of our senior sessions, we also shot some photos in the studio (it’s definitely a great thing to have available during the Oregon winters!)

It was such a neat experience taking pictures of Orion! I hope it was equally unique of an experience for Orion. How many times has that happened where Orion got her pictures taken by Orion!